New secret footage released by the EIA shows the huge expansion of captive breeding facilities in Laos for tigers and bears.

Captive animal populations are estimated to have doubled and are kept in rows of concrete enclosures.

This growth is in direct violation of an international rule that tigers should not be bred for the trade in their parts and derivatives and the commitment of the Laos government to close these facilities.

Delegates are meeting in Lyon, France this week for the 74and The CITES Standing Committee and EIA meeting called for trade in Laos to be suspended until the government shows it is ready to take action to end tiger farming.

Footage shot in December 2021 shows the new tiger and bear farm in the Golden Triangle Special Economic Zone (GTSEZ) in Bokeo Province, Laos, which is 80% owned and managed by the group Kings Romans registered in Hong Kong, a company run by the organized crime organization Zhao Wei. The Government of Laos is however involved in the management of the GTSEZ, which is subject to the laws of Laos.

In its 2015 report, the EIA previously denounced the GTSEZ as an anarchic “wildlife supermarket”. city ​​of sin.

Debbie Banks, EIA’s Tiger and Wildlife Crime Campaign Manager, said: “This footage shows how the organized crime group clearly has no intention of shutting down its business – and that the Laos government is failing to comply with blatantly its international commitments to end the tiger trade and tiger breeding.

“This is clearly not a zoo – there is no conservation or educational value in keeping tigers and bears like this and this is clearly a commercial tiger and bear farm.”

However, at the meeting in Lyon today (March 8), Laos were again granted a reprieve.

With approximately 4,000 wild tigers remaining, poaching for the trade in their body parts continues to be a major threat to the survival of the species in the wild.

Since 2000, more than 2,940 tigers have been seized in trade, most of them from the wild, and tiger populations in Cambodia, Laos and Vietnam have disappeared.

Trade in “farmed” tiger parts and products perpetuates the appeal of tiger parts, increases the accessibility and perceived acceptability of using tiger parts, and further stimulates demand for them.

Banks added: “Contrary to the arguments of proponents of tiger farming and trade that this practice will alleviate pressure on wild populations, wild tigers continue to be poached and trafficked to meet the demand they drive. “.

In 2007, Parties to the United Nations Convention on International Trade in Endangered Species (CITES) decided that tigers “should not be bred for trade in their parts and derivatives”, including domestic trade. Countries with tiger farms are believed to have eliminated them.

Instead, tiger breeding and trade has continued in China, Laos, Thailand and Vietnam, and now in South Africa, with more than 8,600 captive tigers in those countries at risk of entering trade.

The EIA’s covert investigations into the GTSEZ in 2014 and 2015 identified 38 Asiatic black bears and 26 of the 35 tigers that staff say were held there. Tiger skins, teeth and meat, tiger bone wine made from farm tigers, bear paw soup and bear gall bladders were among the illegal wild products in sale in shops and restaurants of the GTSEZ.

In 2018, the US Treasury Department designated Zhao Wei and its affiliates as a transnational criminal organization for human, wildlife and drug trafficking, money laundering and corruption. 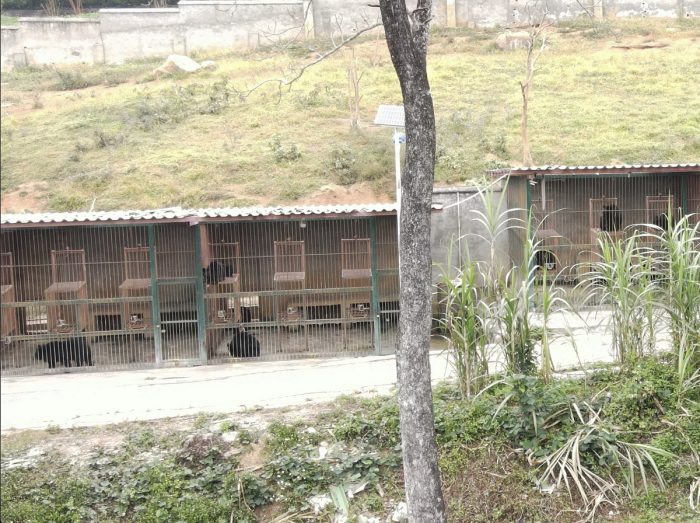 Also in 2018, then-Prime Minister of Laos Thongloun Sisoulith ordered the closure of all five tiger farms in the country, including GTSEZ – but he created a major loophole that allowed them to convert into “zoos”.

Banks said: “Some have refused and some are zoos in name only, but they are all still run by the same criminal enterprises as before. Trade in tigers from these facilities has continued, with seizures, arrests and convictions in Vietnam of tigers and traders linked to Laos farms.

“It is disappointing that the Standing Committee did not propose trade suspensions at this meeting. There are specific steps the Laos government could have taken to end tiger farming and trade, despite COVID travel restrictions. We now expect to hear progress on these by SC75 later this year. »

The EIA has identified the following simple actions that could be taken by Laos:

Following an announcement that 640,000 farm animals had perished in the floods, stories of hope began to emerge. As floodwaters recede, a better picture of mortalities is beginning to emerge, Popham told a live news conference. Last week, Harvey Sasaki, chairman of the BC Chicken Marketing Board, noted that there were 61 poultry farms in […]

The Roseville branch is open daily from 11 a.m. to 9 p.m. and offers vegan, vegetarian, and gluten-free options. ROSEVILLE, Calif. — Mendocino Farms opened its new location in Roseville on Tuesday. “With our opening in Roseville, we look forward to building on the warm welcome this community has already given us and bringing more […]

Residents of a UK town called Rotherham are experiencing power cuts as too many cannabis farms steal electricity. Artificial heat, light and humidity are necessary for indoor cannabis farms to function properly. It triggered electrical surges and plunged homes into darkness up to four times a day according to local police. 25 suspected drug producers […]